This week brings the final instalment of the gin craze. We conclude our history with the Gin Acts, Tanqueray no.10 gin and we’ll be stirring down another martini riff, the Tuxedo cocktail.

See previous sessions to read about how it all began and what they were doing in the middle of the gin craze before we move towards its finale, today.

By the 1720s the English government had realised its mistake of making spirit distillation so cheap and accessible.

What began as a solution to surplus corn stock production had created a new and more dangerous issue of overconsumption and now, London was drowning in a sea of cheap, addictive liquor. Parliament responded with the Gin Acts; a series of laws introduced with the aim of not just stemming the tide of the gin problem but gaining funds to pay for wars being fought overseas.

The first Gin Act was made law in 1729 and imposed a tax of five shillings per gallon on ‘compound waters’ (alcohol) in an attempt to reduce production. It also raised the price of a retail licence to £20, which would be around £2000 today. This was incredibly hard to police and had a negligible effect on the volume of gin being sold. The main flaw in this plan was that there was no deterrent for the everyday man who could still buy alcohol from the distillers and use this to make his compound at home.

Gin consumption continued to rise and so four years later, the second Gin Act of 1733 banned the sale of gin on the street altogether. If caught, a £10 fine could be imposed, but if you reported somebody else illegally selling then you could earn a reward of up to £5! In 1736, the third Gin Act increased the fine for unlicensed retailers to £100 and the cost of a license had now more than doubled at £50. Only 20 of these licences were ever issued and the gin craze burned on.

Government tactics had been ineffective until now, so a different approach was required. This time, with the fourth Gin Act of 1743, they doubled duties but cut the price of licences down to £1. In a bid to be respectable businesses and avoid persecution from the law and other gin makers, floods of new licences were issued. The tax revenue that the government collected also provided much-needed funding for the war effort.

Unfortunately, this peace was not to last as the fifth Gin Act of 1747 allowed distillers to retail with a £5 licence. Accustomed to having a monopoly of the market, they had revolted against the previous Act.

In 1751, the fifth and ultimate Gin Act set to tackle all of the previous issues. A combination of banning retail by distillers, doubling licence fees and removing the distiller’s power to collect debts, began to keep order.

The final blow to hit the gin craze came with a series of disastrous grain harvests between 1757 and 1763. Grain crop was insufficient to be distilled and many of the small-time producers were forced to shut up shop as a result. Thirst for gin fell as prices rose and the craze that had gripped the nation came to the end.

Charles Tanqueray set up shop in Bloomsbury, London back in 1830. His grandfather had grown up during the gin craze and many generations that followed were clergymen until the Tanqueray distillery was opened.

The family crest can be seen on the top of every bottle. Crossed axes are a symbol of the family’s involvement in the Crusades and the pineapple, an international sign for hospitality.

Tanqueray 10, launched in 2000 built upon the simple but bold botanical expression of the flagship Tanqueray London dry. Fresh peels are distilled separately in a small copper pot still, dubbed ‘Tiny Ten’, before being blended with the Tanqueray botanicals and re-distilled.

The cocktail of choice for this citrus led gin is the Tuxedo cocktail. Named after a country club north of New York in the 1890s, it’s believed to be the same place which popularised the name of the famous jacket. It has seen various adaptations, starting with Harry Johnson’s 1900 ‘Bartenders Manual’ and leading up to The Old Waldorf Astoria in 1931.

Ensure you keep up to date with our Gin Club by following our Instagram!

Bare with us everyone We can’t wait to finally

After much deliberation after last weekend, we’v

Over the last 10 weeks… (yes we can’t believe

We can’t wait to see your faces tomorrow! We ar

🍸Opening News 🍸 We will be open this Saturda 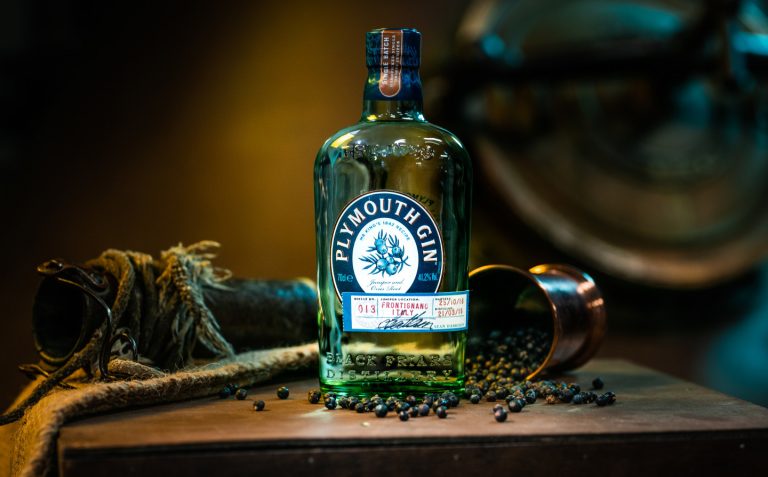 After much deliberation after last weekend, we’v

We can’t wait to see your faces tomorrow! We ar

🍸Opening News 🍸 We will be open this Saturda

Find out more or adjust your settings.

Be the first to know about freebies, exclusive offers and events

This website uses cookies so that we can provide you with the best user experience possible. Cookie information is stored in your browser and performs functions such as recognising you when you return to our website and helping our team to understand which sections of the website you find most interesting and useful.

Strictly Necessary Cookie should be enabled at all times so that we can save your preferences for cookie settings.

If you disable this cookie, we will not be able to save your preferences. This means that every time you visit this website you will need to enable or disable cookies again.